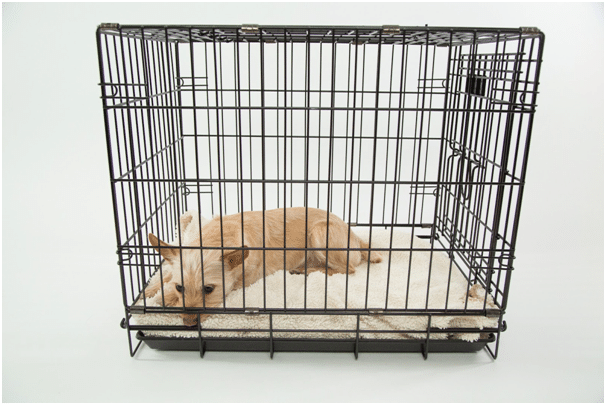 There are several types of crates available:

They come in all different shapes and sizes and can be purchased at most pet supply stores, or online retailers. Here’s the crate I use: 36″ Black Metal Large dog crate.

Your lab’s crate should be just big enough for him to stand up and turn around in. Since labs grow so quickly, I recommend getting a larger metal frame crate and blocking off the excess crate space. Buying a small crate to start out with – or blocking off a section with a divider – prevents your puppy from sleeping on one side, and using the other to eliminate.

Ideally, you’ll want a sturdy metal frame that your puppy won’t be able to chew his way through. If you can find a crate that opens on both sides – that’s even better, you never know where you might decide to position it in the future.

So where should you put your puppies crate?

You don’t want to isolate your pup, or they will soon learn to resent their crate. You also have to keep in mind the type of material you are setting the crate on. Is it carpet, tile, or wood floor? How hard will it be to clean up pee, if he should go from being stressed out? Can he scratch the floor or rip out pieces or carpet?

I have a tile floor downstairs (thankfully), so we put our crate in the living room. You want to place it in a room where people regularly walkthrough throughout the day.

It’s hard to find a puppy bed that gets destroyed by your pup. I recommend getting a special crate mat for your puppy as they are a popular choice among lab owners. Stuffed beds are a cheaper alternative, but don’t expect them to last longer than a few weeks before your lab has chewed the stuffing out of out it. I ended up getting a non-skid bottom crate mat, just because the first one I bought slid all over the place in his crate.

The crate training process can take days or weeks, it really depends on your lab’s age, temperament, and past experiences in a crate. Training should take place in a series of small steps, and you should always associate the crate with something pleasant. You should never use a crate as a punishment and leave them in there for extended periods of time.

Step 1: Introduce your puppy to the crate

Begin feeding him regular meals near his crate. This will create a pleasant association with the crate.

Step 4: Crate train when you leave

How to Crate Train Your Labrador Puppy at Night

Now that your puppy is used to the crate a little more, you can start training your Labrador puppy at night. Put your puppy into the crate with the command, and give him a treat. It might be a good idea to put the crate in your bedroom at first, so he doesn’t feel completely alone. Plus, you’ll want to hear when your puppy starts to whine is he/she needs to go outside.

Your puppy will whine at first, but you’ll need to determine whether it’s a whine to be let out of the crate, or a whine to go outside. If your puppy starts whining right away, chances are he’s testing you and just wants out. Ignore it for a few minutes, and see if the whining stops.

If the whining continues after a few minutes, after you’ve ignored him, then you can let your puppy out solely to take him outside to do his business. This should not be rewarded as playtime. If you’re pretty sure he doesn’t need to go outside (let’s say you let him out right before putting him in the crate), it’s best to just ignore him.

It’s also important not to give in immediately when you hear whining. Much like a baby, you’ll train him that whining means you’ll come running to the rescue to let them out and play. Also if you want to train your Lab puppy by teaching brain games then give this program a try. (You will thank me later for introducing it)

Good luck, and remember – Don’t expect too much at first, and don’t work too fast! Give your puppy some time to get used to this routine. Moving too fast or giving in might mean you’ll have to start the entire crate training process all over. If you run into any separation anxiety problems, feel free to comment below and I’ll do my best to help you out. 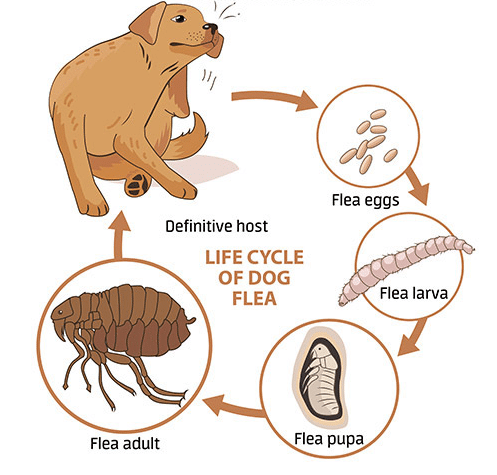 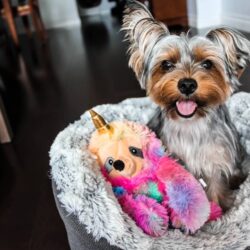