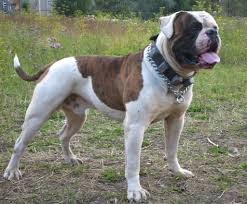 American Bulldog: The American Bulldog is stocky and muscular, but also agile and built for chasing down stray cattle and helping out with work on the farm. In fact, some are known to jump six feet or more into the air. American Bulldogs are intelligent and affectionate, which makes them great, protective family dogs, though they have high exercise needs and require an experienced, active owner.

They can vary in appearance, as there are multiple types, including the Bully or Classic type, also known as the Johnson type, the Standard or Performance type, also called the Scott type, and hybrids of the two.With patient training and care, American Bulldogs can make loving family companions. An energetic, active working dog, the American Bulldog exudes a dominant, powerful and athletic appearance, with strong muscles and substantial boning. He is recognized for his strength, courage and working abilities, whether guarding property or driving livestock.

Originating in England, the general bulldog type began as a working dog that drove cattle and guarded his master’s property. Known for his strength, courage and ease around livestock, the breed began being used for bull baiting before it was outlawed in England. Consequently following the ban, the breed was replaced with the less athletic, shorter and stockier English Bulldog.

Meanwhile, the original bulldog type was preserved by working class immigrants, who brought them on their journey to America to use as all-around working dogs on farms and ranches in the South. The breed nearly became extinct after World War II, but a returning war veteran named John D. Johnson worked to revive the breed alongside Alan Scott and other breeders. From here came the Johnson and Scott types — the former being the “standard” (a sleek, athletic dog built for performance) and the latter being referred to as the “bully” (a bulkier, heavier dog with more muscle mass). Despite these differences, Johnson and Scott maintained the breed’s overall health and working abilities. Today, the modern American Bulldog as we know it remains a well-rounded working dog, courageous guard dog and faithful family companion. The United Kennel Club recognized the American Bulldog in 1999.

The stocky but muscular American bulldog is an affectionate and protective pet. Their love of kids make them excellent family dogs and despite their large size, they often think they belong in your lap. With an American bulldog as a pet, you can expect ultimate loyalty, strength, and friendliness. They are happy, faithful companions who are tough and always ready for work or playtime.

Taller, faster and leaner than their English counterparts, American Bulldogs are sturdy, muscular, quick and heavy-boned — yet they are remarkably light on their feet. Their powerful, bulky heads have box-like muzzles, black or brown noses and furrowed brows. Their ears can be perky or hanging. They have powerful necks, broad chests and long, muscular legs. American Bulldogs have short, coarse coats that can come in combinations of solid white colors and combinations of white with patches of red, tan, brindle and fawn.

Who Gets Along With American Bulldogs?

What is the American Bulldog temperament? American Bulldogs are friendly, happy lovable dogs with an assertiveness and confidence that never gets out of control. Though initially stubborn in training, they soon respond to their masters’ commands and prove to be endlessly faithful companions.

Great family dogs, American Bulldogs are sweet to children. They love family-oriented occasions and want to be involved. With proper training and socialization, you’ll find them outgoing and exceedingly loyal. Some American Bulldogs will go to great lengths to protect their masters.

Tough and determined, American Bulldogs have an impressive stamina and strength. They are always game for playtime in the back yard or working in the field.

What to Know About American Bulldogs

American Bulldogs are working dogs that need to move around and accomplish tasks. Probably not the best apartment dogs, they need daily walks, room to run and lots of fresh air to maintain a healthy mind and body.

Being dominant dogs, American Bulldogs need either an experienced dog handler or a master with a firm hand to remind them who’s in charge. These powerful dogs are often unaware of their own strength, but with proper training and human contact—especially at an early age—they will be just as outgoing with strangers and other dogs as they are with their owners.

A healthy American Bulldog can live as long as 15 years. Generally healthy, they can sometimes develop hip dysplasia.

Originally used in the 17th century for bull baiting — a wagering sport in which dogs fought bulls in a ring — Bulldogs had taller, more athletic frames (much like the Olde English Bulldogge). When bull baiting was outlawed in 1835, Bulldogs were bred to be kinder, heavier and more relaxed. However, American Bulldogs — which were brought to the U.S. before this breeding pattern — retained the size and strength of the original Bulldogs.

The American Bulldog has a very sturdy and muscular build, weighing anywhere from 60 to 120 pounds at a height of 20 to 28 inches. This breed has a large head with strong jaws with ears that may be cropped, semi-prick, rose or drop. The coat is short and soft coming in any variation of colors, although solid black, blue, merle or tricolor is undesirable.

Though larger than the English Bulldog, the temperament of the American Bulldog is very similar. A gentle, affectionate dog that loves children and can be considered a big lap dog, the American Bulldog is alert, confident and loyal to its people. Brave and strong-willed, the American Bulldog will do best when trained from a young age on and with an owner that isn’t afraid to establish themselves as a strong pack leader. A breed with strong protective instincts, Bulldogs are known for their acts of heroism towards their owners and can sometimes be reserved with strangers. American Bulldogs require plenty of regular exercise to prevent boredom and encourage it to be a well-trained dog during the day.

The American Bulldog generally lives about 10 to 16 years and is considered a healthy breed. Some genetic issues common to the breed include neuronal ceroid lipofuscinosis (a nervous system disorders with swelling and/or changes in some retinal cells), disorders of the kidney and thyroid, ACL tears, hip dysplasia, elbow dysplasia (another common form of dysplasia in larger breed dogs), cherry eye (or a mass that protrudes from the eyelid of a dog), entropion (a condition in which a portion of the eyelid is inverted or folded inward) and bone cancer.

An older version of the Bulldog originated in England and was used as a work dog catching cattle and guarding property until it became the breed of choice in a brutal sport known as bull baiting. By the end of World War II, the breed was almost extinct, however, a few devote breeders decided to revive the American Bulldog. John D. Johnson, a returning war veteran, and Alan Scott began carefully breeding American Bulldogs after the war, keeping careful records of the breed’s health and working abilities.

Two different lines of Bulldogs appeared during this growth period; however, most of today’s American Bulldogs are a cross between the two. The American Bulldog was recognized by the United Kennel Club in 1999.

The American Bulldog struts in and immediately makes himself a member of the family — the one whose job it is to protect everyone else. With young children, he can be affectionate and gentle, and he often gets along well with cats and other dogs when raised with them. That said, early socialization with other pets and children is important and young children should never be left unsupervised with any dog, especially one of this size and strength.

American Bulldogs may vary slightly, depending on the bloodlines from which they were bred. You may hear them described as being from the Scott or Johnson lines or perhaps from the Painter, Williamson, Tate or Bailey strains. They may differ in build, head shape or muzzle and leg length, for example.

This is a strong and active working dog that is best suited to life on an acreage where he can assist with controlling livestock and patrolling the property — any task that will keep him busy.

He can live in a city or suburban environment, but only if you can provide him with enough exercise daily. If he’s not getting enough exercise, he may get bored and chew something to pieces — like your sofa. Once your veterinarian determines that he doesn’t have any underlying health conditions to hold him back, consider taking him running or providing a combination of physical and mental exercise that will keep him occupied.

That said, different lines of American Bulldogs could have different activity levels, says Caroline Powell of Cornerstone Bulldogs in Texas. She suggests that Johnson-type American Bulldogs, which tend to be slightly larger and have shorter muzzles than the Scott line, may not need as much exercise as their smaller counterparts. So talk to the breeder and make sure you understand what a pup’s exercise requirements will be. Powell recommends dogs from Johnson lines for people with small yards or limited ability to run or exercise their dogs.

Healthy American Bulldogs can excel at dog sports such as agility and nose work. They can also be good companions for walkers, joggers, hikers, bicyclists and skateboarders, as long as a veterinarian doesn’t find any underlying health issues that could limit the dog’s activity.

This is not a breed for inexperienced dog owners. The best owners for these dogs are already familiar with and knowledgeable about bully breeds. They have plenty of time to socialize, train and exercise the dog. Like any dog, American Bulldogs can be destructive if they are left with nothing to do. They may take up digging or chewing to occupy their time.

American Bulldogs are generally excellent watchdogs. They usually don’t bark unless there’s something to bark about.

He has a lot of great qualities, but Powell warns that the American Bulldog is not for everyone. He’s best suited to a person or family who wants to spend a lot of time with their dog and is willing to put in the effort to make him a true companion.

The American Bulldog is a courageous and fearless breed, known to be incredibly aggressive at times when it feels under threat. They are however friendly and even sociable Dogs, having been known to be kept in a pack that primarily hunts large carnivores, such as Bears.

American bulldogs are great with children and are very loving and protective with them. However, this is a very strong and powerful breed with a very strong prey drive, which is easily set off by an excited, running, screaming child. Close supervision is a must when owning dogs with kids. A dog is not a babysitter.

Is an American bulldog the same as a pitbull? 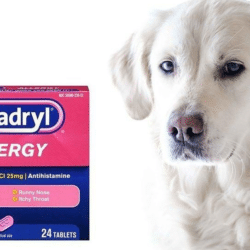