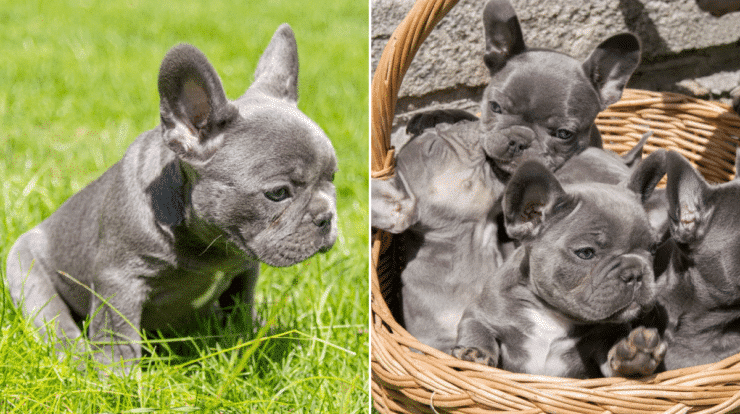 We all know puppies are humans’ best friends. But there are many more things that you might not know about our canine friends. It is a world too vast to explore all at once. The Fédération Cynologique Internationale (FCI) has recognized 399 different breeds of dogs . Some of the well-known breeds of dogs are German shepherd, Labrador retriever, Golden Retriever, Bulldog, Beagle, and the French bulldog.

French bulldog puppies- yes that is what our focus is on today! Be ready to get enlightened with a lot of health-related information on our little friend the French Bulldog puppy.

Dogs of this breed are often addressed as the ‘Frenchies’. French bulldog puppies attract us by their tiny size. It has unique ears, like bat ears. The French bulldogs as the name suggest, with a French origin are also known as Bouledogue in French. The French bulldogs are a crossbreed of Toy Bulldogs imported from England and Local Ratters from Paris, France.

These cute canine friends of ours are vulnerable to many infections and diseases. Take a look.

Ear infection in French bulldog puppies is very common. While reasons like moisture, allergies, endocrine disorders, autoimmune diseases play a major role, it is mostly due to the breeding practice. This breed is anatomically unfortunate when it comes to ear infections.

Dogs in general suffer from diarrhea frequently, crediting to their habit of biting, chewing, and licking literally anything! But when we specifically speak about French bulldog puppies, they have a very sensitive digestive system. Due to their sensitive stomach they very often prone to diarrhea. This can be life-threatening too as diarrhea leads to dehydration.

Again, kudos to French bulldog puppies and their genetics! These canines are very easily prone to conjunctivitis. They lack a tear film in their eyes, which makes them more vulnerable to eye irritation and diseases of that sort.

French bulldog puppies have folded skin around the nose, which is prone to skin diseases such as dermatitis. Dermatitis can be caused by many other factors but in the case of our canine buddy, it is mostly attributed to the folded skin.

Another skin problem is pyoderma. When your dog has a cut or scratch and that area gets exposed to bacteria it gets infected and leads to pyoderma.

I am sure you’ve seen a lot of bulldogs struggling to breathe or breathing with an audible noise.

Yes, these short-nosed canines are predisposed to many breathing problems.

French bulldog puppies are bred to have cute and short noses to make them look more attractive and grasp more sales. But short nose doesn’t prove to be helpful when it comes to the pup’s respiratory system.

Injuries can be a major reason for mobility disorders. Also, degenerative diseases i.e., any previous damage to the tissue which continues to worsen over time can affect the mobility of your French bulldog puppy. IVDD and spinal disc issues are also causes of mobility disorders.

Those were some of the common health problems that French bulldog puppy face. Most of it is a direct cause of its anatomy. It is just the fate of the animal!

How To Prevent Those Health Threats

However, you can maintain your canine’s health by taking certain preventive measures.

1. Book An Appointment With The Vet

You should take your French bulldog puppy to the vet regularly. So, that the vet will examine your pup thoroughly and prescribe drugs according to the need.

Try and keep your French bulldog puppy’s ears clean using an ear cleanser such as an ear solution. Make sure that your canine’s ears are always dry, do not let water get into the ears. Ask and follow your vet’s instructions for the proper application of the medications.

Don’t forget that your French bulldog puppy has a very sensitive digestive system. So, make sure to feed it easily digestible food only. Food such as white, oatmeal, rice water, canned pumpkin, etc. has proven to help relieve diarrhea. Include proteinaceous food in your French bulldog puppy’s diet. Keep your pet hydrated. Diarrhea may cause your canine’s body to lose a lot of water so make sure to include plenty of fluids in its diet.

Your French bulldog puppy lacks the presence of a tear film due to its genetic make-up. So, you should very carefully clean and maintain the health of its eyes. Use a gentle saline solution and a clean cotton swab to clean your pet’s eyes.

Wisely choose the products that you use on your French bulldog puppy’s skin. When you take your puppy on a walk make sure that the surrounding is clean otherwise some skin allergies may infect your dog. Make sure to wipe its paws, stomach, face, and armpits after taking out for a walk.

Don’t over-exercise your French bulldog, it doesn’t need much exercise. Help your puppy stay fit because overweight is one of the biggest triggers for breathing issues. Always keep your pup stress relieved.

Science is improving day by day. And scientists want to research in different fields of science and find out new things. And businessmen want to earn money that is what promotes the breeding of such anatomically poor breeds of animals.

The fate of the pups is not in our hands and we cannot change anything about it. But you as a French bulldog puppy owner can definitely take precautions to keep your canine healthy. 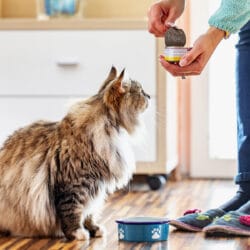 Human Foods That Are Safe To Feed Your Cat

Why Do Cats Sleep So Much? Know The Reasons