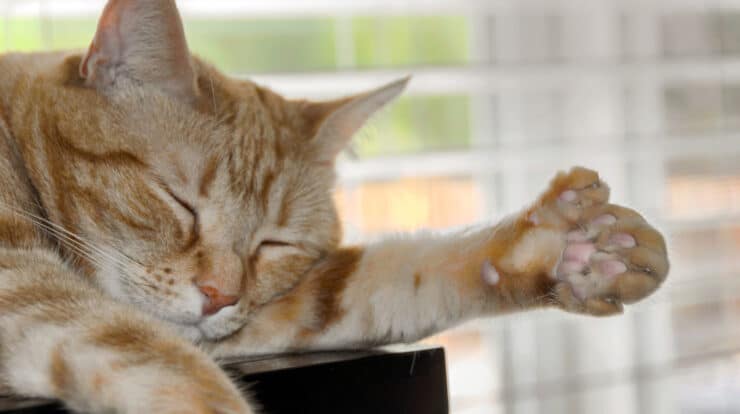 No matter how many adorable features your cat has, its paws are going to be the most adorable of all. You can’t get over those perfect toes! Let us learn many facts about polydactyl cat toes.

How Many Toes Do Cats Have?

Felines usually have 18 toes. Exactly 5 numbers in both of their front paws. And each on their back paws.

Your cat’s front paw helps it in a lot of activities. It helps in balanced footing, to hold on to things, to fight, or to sharpen the claws. Claws in the front paw of your cat are indeed stronger as compared to the ones in the hind limb.

Cats mostly use the paws of their hind limbs to kick something, maybe an opponent. When your cat is about to be attacked, it rolls on its back and puts all its four paws on display. When the opponent comes closer to attack, your cat kicks it with the paws of its hind limb. This is called the bunny kick, a self-defense mechanism.

All its toes together help your cat do the graceful digitigrade walk.

What are Polydactyl Cats?

Does your cat have more than 18 toes? Are you wondering whether anything is wrong with your cat? Nope. Your cat is absolutely fine! Your feline has some extra toes because it is a polydactyl cat.

The word polydactyl itself gives away its meaning poly means ‘many’ and dactylo means ‘fingers’. A polydactyl cat is a cat that is born with a greater number of toes in its paws than normal. This condition is called polydactyly or polydactylism and is also called hyperdactyly.

Polydactyly occurs due to a genetic mutation in a dominant. This condition can affect any type of breeds be it female or male, big or small. The extra toes are normally formed between four or seven toes on a cat’s paw.

Now that you know that polydactyly is not a health condition, you must be wondering is there any benefit of having them?

Well, yes, there are few advantages of having a multi-toed cat.

If you are looking for a cat because mice have created a menace at your place, a polydactyl cat will be your superhero. And of course, cat will be a super villain to the mice at your place. Because these extra toes and claws provide extra grip and no mice will be able to escape your feline’s clasp.

Now, another concern arises about maintaining those extra toes.

Let me assure you that maintaining a polydactyl cat’s toes is nothing different from maintaining any other normal toed feline’s toes.

The only extra effort that you will have to make for a polydactyl cat is to repeat the same steps for each of its extra digits.

Polydactyl Cats Facts – All You Need To Know

There are many interesting facts about polydactyl cats.

I am sure you want to read them all!

Polydactyl cats came to the limelight on the east coast of the united states, wales, southwest England, and Boston in the mid- 1600s.

Sailors used to love polydactyl cats. They considered it as a lucky charm. Since these cats have an extra grip, they could survive the rocky journey.

They were exported as they were considered to perform better when it comes to catching mice.

Another heart-breaking fact is that in Europe, it was a myth that polydactyl cats familiar to witches so they were destroyed.

If the extra toes of a cat are formed in the middle of its paw. This makes it look like a mitten and hence it is called Mitten paws.

A feline named Jake made to the Guinness book of world records for having 28 toes. This cat had a whopping seven toes, on each of its paws. Each toe had a claw.

These cats live in Maine. Its cold and harsh climate demands such an evolution. Maine Coon cats’ paws have evolved in the design of a snow boot.

Their paws are thicker and provide insulation. Many Maine Coon cats are polydactyl, this condition serves as an added benefit to them as more toes mean more insulation.

If you have been researching polydactyl cats, then you must have come across the term ‘Hemmingway cats’. These cats are called Hemmingway cats because Ernest Hemmingway used to love them.

He was once given a white polydactyl cat named Snowball as a gift. And it is from then did he grow special care and affection towards polydactyl cats.

Hope you enjoyed reading these facts about our polydactyl friends!

Throughout history and even now polydactyl cats aren’t as rare as they seem. Their population may be slightly lesser than normal toed felines, but they are pretty popular.

If you own a polydactyl cat and are worried about it, you have the answer!

You don’t have to worry about it. It is not a disease nor is it going to harm your cat in any way. It is a bonus factor.

All you have to do is keep your cat’s paw clean and healthy. 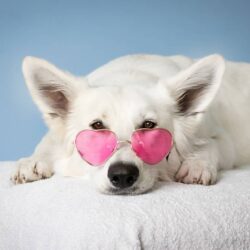 What Are the Differences Between Show Puppies and Pet Puppies? 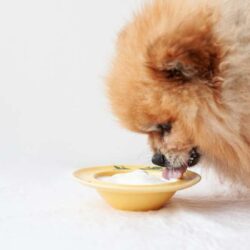